The only recipe for Slow-Cooked Bison Brisket you will ever need.

There. We said it. It’s officially out there. We’ve tried a lot of different slow-cooked bison brisket recipes in our time and this one never disappoints. Beyond having two of our all-time favorite ingredients (grassfed bison and bacon obviously), this recipe is so easy to prepare that you could prep it first thing in the morning. As in before you’ve even had your coffee. And we don’t do anything before we’ve had our coffee. So that’s saying a lot. Cut the bison brisket into 2-3 pieces. Place a large skillet over medium heat and add the olive oil, coating the pan with one turn. Add the bacon to the pan and cook until golden brown, about 5 minutes. Remove the bacon with a slotted spoon and reserve.

Return the skillet to medium-high heat with the bacon fat still in it. Season both sides of the brisket with salt and pepper and sear on all sides until golden brown, 3-4 minutes per side.

While the meat is searing, add the bacon, leeks, tomatoes, garlic, bay leaf, beef stock/broth, thyme, tomato paste, Worcestershire sauce and honey to the crock of a slow cooker. Season with salt and pepper and stir to combine. Ready to go with all ingredients added

Yum
Add the seared meat to the slow cooker and cover. Cook on high for 7 hours or low for 9-10 hours, until the meat is tender. When you’re ready to eat, serve in shallow bowls with the arugula on top. And there you have it, an incredibly easy, mouth-watering meal that we think is best enjoyed with a very full glass of red wine. (Or two.) Note: This recipe was inspired by one originally published by Rachael Ray. You can find the original one here. 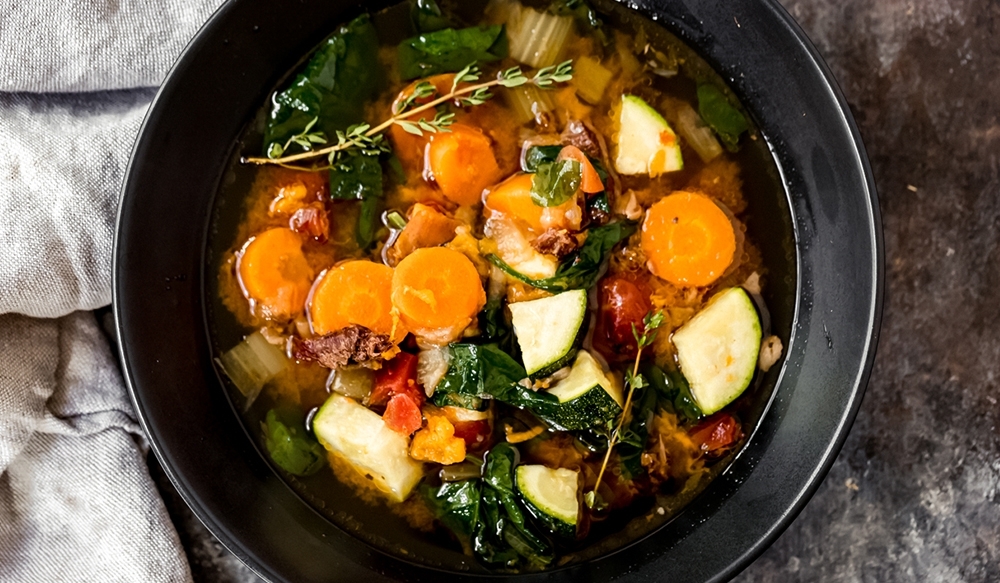 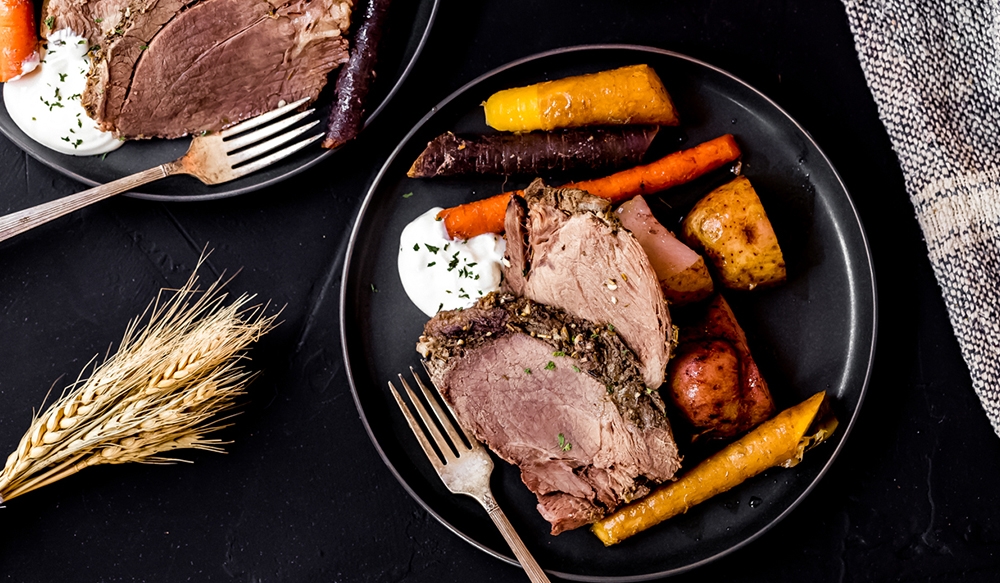